LaserCat – IoT With NodeMCU and Blynk

This is a very simple project, were the main idea is to explore how to control servos via internet. For that, we will use a great couple of devices, the NodeMCU ESP12-E and a Blynk app.

The project was based it on the great original tutorial: Smartphone Controlled Cat Laser. The original project was developed using an Arduino Uno and its Serial connected toa a PC. Here I adapted it to the NodeMCU, were you can use the devise on a more portable way with WiFi and battery. 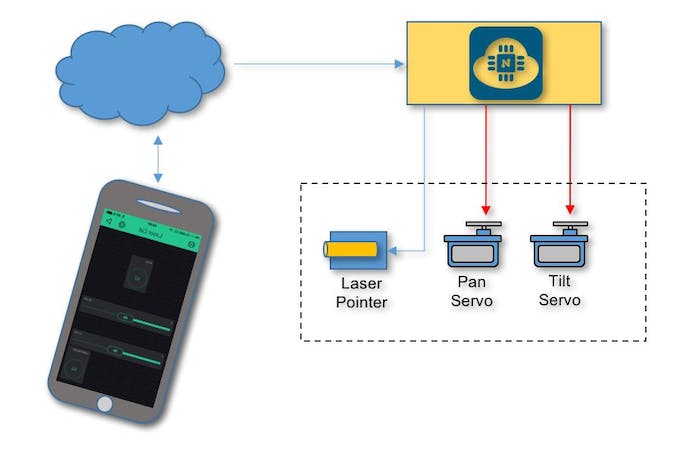 WARNING: The laser pointer can be dangerous for eyes if directly pointed to them. Protect yours, others and your animal’s eyes. Use with care.

Bellow, we can see the cat playing with laserCat:

Let’s built a very simple Pan/Tilt mechanism, mounting the servos “one on top of the other” as shown in the pictures. 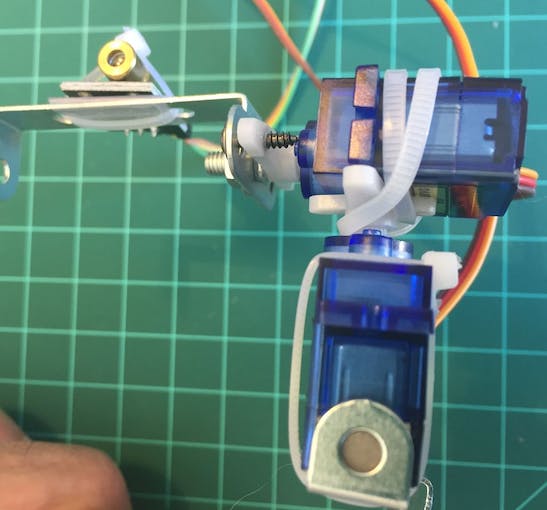 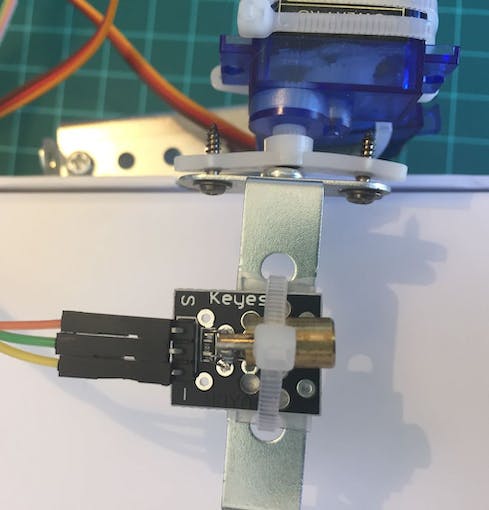 The circuit is very simple. 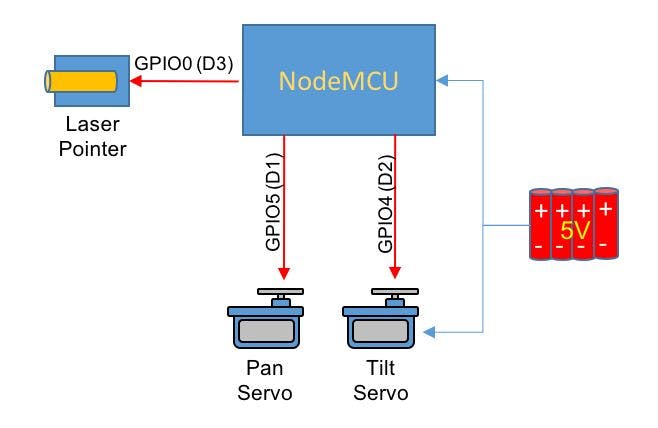 Before you start the connections, take in consideration that the nodeMCU is powered with 5V, but it works internally (and its pins) with 3.3V. So, the Servos should not be sourced from one of its 3.3V output. The exception is the “Vin pin”, that can be either drive 5V to the breadboard +VCC rail or power the NodeMCU id an external source is used. 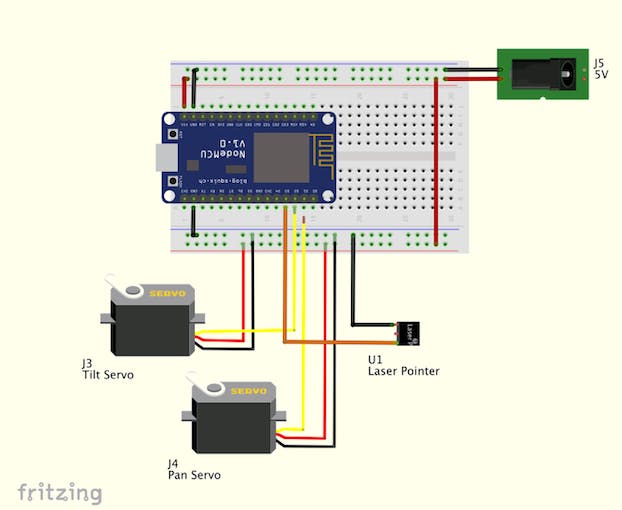 The laser Point module should be powered with 5V, but here the 3.3V digital output of NodeMCU was enough to power it. BTW, doing that the laser power is lower and its use safer.

WARNING: The laser pointer can be dangerous for eyes if directly pointed to them. Protect yours, others and your animal’s eyes. Use with care.

The above circuit diagram shows the proper connections.

For the servo’s control, we will use the library Servo.h, that will generate PWM signals easily positioning them with angular inputs.

Once the base of the project is to use BLYNK, the code became very simple. We must define 4 virtual variables:

If you do not know how the NodeMCU works with ARDUINO IDE, please see my tutorial:

From blink to Blynk, an IoT jorney on the wings of NodeMCU ESP-12E

Bellow the complete code. Go thru it. It is very simple to understand.

As always, I hope this project can help others find their way in the exciting world of electronics and IoT!